Hi, its me Franky WeHaKee, back for another day of insightful conversation (for a dog, anyway!) – Thanks for joining me today!  It’s tough being a parent and knowing what is the right thing to do for your child .  Of late, there has been a lot of bad press regarding the poor job of parenting we are seemingly doing.  Take heart and keep in mind that the critical reviews floating about the media are focusing on the general population of parents – most of us are doing alright!

Despite the harsh tone of some of the parental critiques circling about, their have been some interesting descriptions. Many of us have heard of the ‘helicopter parent’, the one who hovers about their child at home, at school, at practice, wherever the child goes – doing whatever a parent can do to ensure their child never ever experiences failure.  The concern, rightly so with the helicopter parent is that they hover so closely that they interfere with potential growth of the child especially when it comes to building a sense of independence and self-confidence. 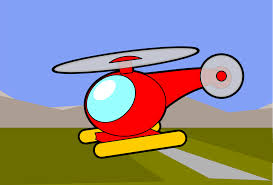 We have all witnessed helicopter parents in action (perhaps even in the mirror!). And we are coming to an understanding that this approach, as caring as it may first seem, is significantly detrimental to the growth of the child as well as the undermining of any chance of a healthy relationship between the parent and their child.  So, many of us are treading lightly here and reluctantly, yet importantly loosening the reins.

But another form of parenting has recently been identified (although I suspect it has been around a long time!) – The ‘Snowplow Parent’!  This is the parent that throws parental caution to the wind by plowing a path through whatever stands in the way of their child’s percieved success. They’ll do most anything to get their child to the front of the line by insisting they be admitted into the top classes, start on the first team and be placed with the best teachers. If ‘helicopter’ behavior is detrimental to a child, then ‘snowplowing’ is downright devestating!

Confidence is built upon a foundation of resilience. And resilience is gained by doing things for oneself, perhaps failing initially, but eventually achieving success on one’s own. Children of snowplow parents seldom experience independent success and therefore neglect the achievement of resilience and ultimately resulting in low self-confidence.  Few of us have utilized snowplow parenting techniques, but most know that the temptation is always near!

A most recent form of parenting has been put forward by Last Child in the Woods author, Richard Louv.  He encourages parents, particularly those concerned about the safety and well-being of their child, to embrace the ‘Hummingbird Parent’ approach.  To describe the hummingbird parenting style, Louv quotes Michele Whitaker: “In the range from helicopter to neglect—I probably fall a bit more toward helicopter. In fact, I call myself a hummingbird parent. I tend to stay physically distant to let them explore and problem solve, but zoom in at moments when safety is an issue (which isn’t very often).”

It is fair to suggest that the hummingbird parent runs the risk of quickly escalating to helicopter parent behaviors – there are no safety nets here!  No one has ever said that parenting is easy – this possibility is just one of many pitfalls waiting for us as we try to do our best in guiding our children to become successful and contributing adults.

Parenting is much more of an art than a science.  A friend once said to me about the challenges of parenting, “when you finally feel like you have them figured out, they change!”.  So true, but she meant that in a very positive way.  As parents, we are given the gift of watching our children grow and the constant change we experience (as frustrating as it can be sometimes) is that growth happening before our eyes!

A camp program like WeHaKee Camp for Girls provides and excellent opportunity for parents to provide their children the chance to build resilience, enhance self-confidence and become more independent.  Girls have the chance to try new things and meet new people as they explore who they really are!  And they have a ton of fun!!

Thanks for reading and have a great weekend!