Sunday Snippet: Camp Is a Great Place For Failure! 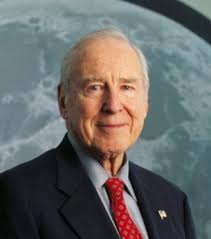 Having had the honor of personally seeing Jim Lovell (commander of the ill-fated Apollo 13 lunar mission in 1970) speak, I am frequently reminded of the famous quote by Apollo 13 flight director, Gene Kranz, “Failure is not an option” – referring to the absolute need to get the three astronauts back to earth safely (which as we know, they did with great success!). However, failure was a huge portion of this historical event none the less, but the end result was an incredible amount of learning & growth in the space exploration community, the science & technology community, and throughout the world in general!

In our hypercompetitive western culture, failure has become the negative badge of the loser, something to be avoided at all costs. Mistakenly, it is has been seen as a threat to a child’s self-esteem and confidence. Protecting our children from failure has proven to be… well… a failure! The reality is that when one learns from a personal failure and is able to turn that knowledge into success, the boost to one’s self-esteem and confidence is often quite remarkable!

At WeHaKee, we frequently see children and youth fail at a skill or activity when they try something new for the first time at camp.  But each failure is embraced as a tremendous learning opportunity!  With the support and nurturing of our staff, campers are encouraged to reconsider what they could do differently to avoid that failure the next time – in other words, they problem solve the issue, figure out how they can improve, and give it another try!

In a related article – Struggle Means Learning: Difference in Eastern and Western Cultures, Mind/Shift explored the contrasting concepts of struggling through American and Asain educational perspectives. In the west, we consider struggling as a negative, while eastern cultures view struggle as a chance to overcome. “I think that from very early ages we [in America] see struggle as an indicator that you’re just not very smart. It’s a sign of low ability — people who are smart don’t struggle, they just naturally get it, that’s our folk theory. Whereas in Asian cultures they tend to see struggle more as an opportunity.”  (Jim Stiger, professor of psychology at UCLA who studies teaching and learning around the world).

Failure should not be seen as an end product, rather it is a crucial element of the greater process of learning and growing. If viewed as an opportunity, failure provides the chance to experience what does not work and explore what might, ultimately narrowing the path to success!

“Obviously if struggle indicates weakness —
a lack of intelligence — it makes you feel bad,
and so you’re less likely to put up with it.
But if struggle indicates strength —
an ability to face down the challenges
that inevitably occur when you are trying to learn something —
you’re more willing to accept it.” Jin Li (professor, Brown University)

In the article mentioned above, another researcher, Jin Li (professor at Brown University) shares that the western view of struggling is that of a sign of weakness contrasted with the eastern view that struggling creates strength. “Obviously if struggle indicates weakness — a lack of intelligence — it makes you feel bad, and so you’re less likely to put up with it. But if struggle indicates strength — an ability to face down the challenges that inevitably occur when you are trying to learn something — you’re more willing to accept it.”

With all this said, failure is an option at WeHaKee. It is through the initial failures that campers experience true, confidence-building success as they explore new things in their life and discover skills, abilities, and even gifts they never knew they had. And failure at camp is not accompanied by scorn or harsh judgment, rather it is immersed in support, encouragement, guidance, and a good dose of fun! Our campers don’t fear failure, instead, they embrace the challenge of overcoming something that may be beyond them for the moment – but only momentarily!

Thanks for joining us today and enjoy the rest of your week!