Metaphors can be a fun and informative way to look at something from a different point of view. Being a lifetime baseball fan, I have frequently scoffed at those who malign my favored sport as one of little action. Yes, compared to football, basketball, or soccer, the actual activity level is considerably less. But the difference lies in the tension that permeates the air between each precisely determined pitch, the strength and flexibility it takes to snag a hard hit ball within a millisecond of it coming off the bat, the perfect timing needed to steal a base. 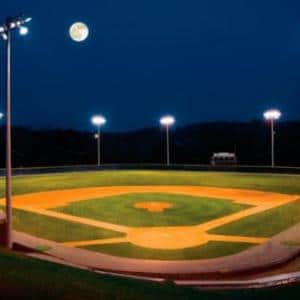 Baseball is a game of anticipation, of tension and release, of waiting for what the next moment will bring. Fortunes turn with the crack of a bat – sounds a lot like life! A recent article came across our desk suggesting just that – that baseball is a metaphor for life; Baseball: The Only Sport That Reflects Real Life (Tom Engelhoff). We liked it so much we thought we’d share a few thoughts that Mr. Engelhoff offered in his poignant article:

No time limit or “sudden death” overtime. You know there is an end to the game, but never exactly when… just like life. You might be way behind in the score, given a death sentence, but can rally and come back to survive another inning or even win in the end. In baseball, like life, we often fight the hardest in the last inning of the game.

In baseball, like life, you get multiple chances to succeed. During nine innings you should get four at-bats, and you get four balls and three strikes and a whole bunch of foul balls. I think it’s interesting that if you fail to hit safely 70% of the time you can end up in the hall of fame. As in life, we often have many more failures than successes. But in baseball, like life, it’s those failures that make us better and stronger to be a better competitor the next day.

In baseball, like life, you can excel individually and you can also excel as part of a team. Tinker to Evers to Chance was a famous double-play trio of Chicago Cubs infielders. Shortstop Joe Tinker, second baseman Johnny Evers, and first baseman Frank Chance turned their first double play in 1902 and became immortalized in the poem. Signing a big client in life is akin to hitting one out of the park and winning the big game — an individual effort. Marketing, advertising, and sales teams all working together can have a winning season or a very profitable year — a team effort.

In baseball, like life, we are sometimes asked to make sacrifices for the good of the group. In baseball, the sacrifice bunt is used to advance the runners. A sacrifice fly with less than two outs can score a runner from third base. Parents may do without many material things to save for their children’s education. Sometimes you do the work and someone else gets the glory.

In baseball, like life, there are policemen. Baseball’s policemen are the umpires. Unlike life, umpires are exposed to stealing quite often. Stealing bases is not only OK but encouraged in baseball. And, like the police in real life, they sometimes miss a call and call someone out who was actually safe. But that’s life and why we love baseball.

Last, but not least, in baseball, like life, you score when the opposing team controls the ball. In life, we find ourselves trying to achieve greatness while others control the ball at our workplace, school, or military service. Sometimes it does seem like the other team truly wants you to fail. And, sometimes at work, or in society, it may seem everyone is out to get you. But, in baseball, like life, those who succeed in either, find a way to overcome the obstacles placed before them. Hitting the baseball or hitting the books can both bring success.

And let’s not forget the hot dogs! A great day at the ballpark is always a little bit better with a stadium hot dog, you know the kind that never tastes that way at home. Life too needs a hot dog now and then! Enjoy your day everyone!